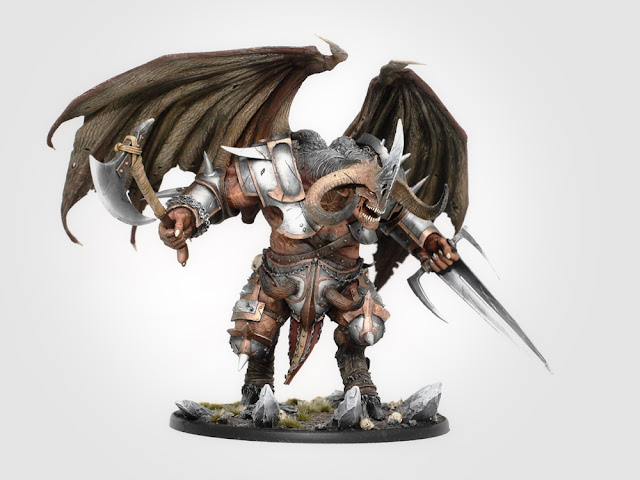 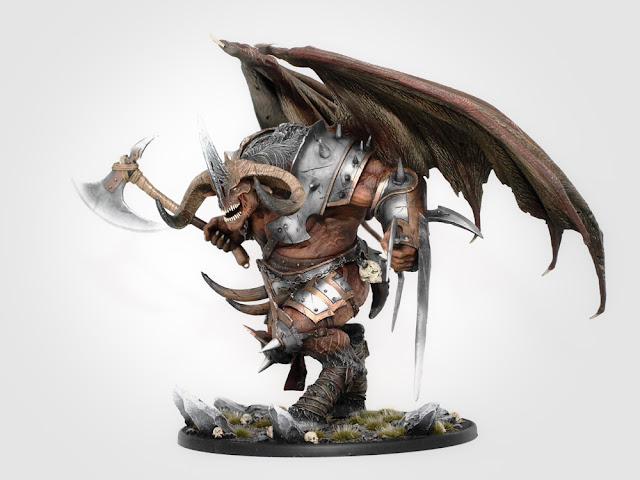 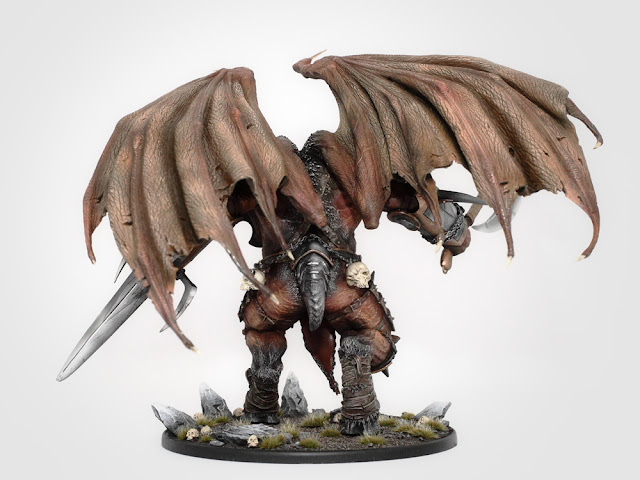 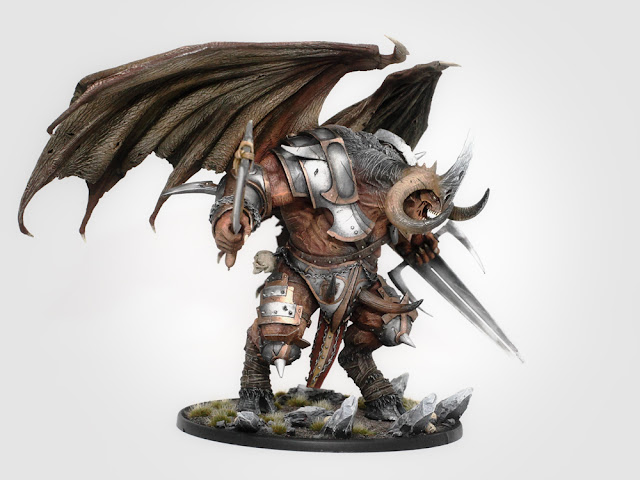 ...but Krull, the Servile Lord of Dis is finally done. I've got this really, really awesome miniature from the very first Mierce Miniatures Kickstarter back in 2013. I don't really remember when I received it, maybe sometime in 2014, I just remember that it took me almost 2 years to assemble it because the pieces didn't fit together very well and I needed a ton of Green Stuff to make it work. He was fully assembled in March 2016 but it took me another two years of training my painting skills before I was ready to put some paint on this bad boy. Now he is done and I'm extremely happy with the result. I love how he skin tones work together and that the paint theme in general works well. I really like the look of the horns and I'm very happy with the wings. I could spend additional time on the armor, which looks quite well but not as good as possible. But I've spend so many hours on this project that I've decided that it's finished. At least for now. Maybe in another two years I spend another 20 to 40 hours on him. A miniature is never really finished, isn't it? ;)

But for now I'm enjoying the feeling of a completed paint job that was a big part of my painting life. 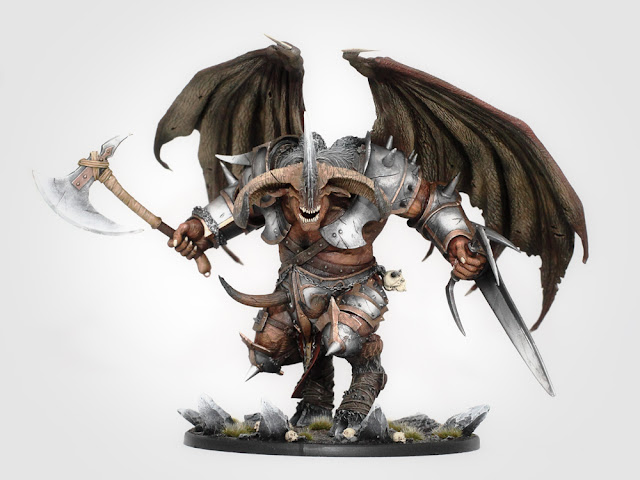 This is what we call a masterpiece by the original definition of the word. There's an overall subtly and harmony that impresses you more the more you look closer and appreciate the depth and realism in the treatment of the different parts. I bet you feel a sense of triumph. Congrats!

Thank you very much for your kind words, Ryder! It means a lot, especially from such an excellent miniature painter like you. :)