Battle report: The ruined Town of Mortheim I

A bitter curse holds the land in its merciless grip: The Dead come back to life, hungry for the flesh of the living.
While the Imperial Army is marching against the undead forces of the Shadowlord Fa'Zhul, the Emperors finest, his Templer Guard is trying to stop the curse. Guided by the visions of the Living Saint Aurelia, they were ordered to destroy the Dark Shrine of Kremdraxas and by that stop the curse from spreading any further.
But the Dark Shrine is protected by powerful spells, making it impossible for the Living to get near it. To break its protection the Templars must find the 4 Seals of Death. Only with them will they be able to attack the Temple and fulfill the Emperors will. And so the group makes it way to the ruined City of Mortheim, where the 4 Seals are hidden by the Undead, who are very unwilling to give them to a bunch of living flesh…. 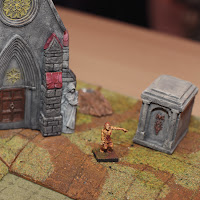 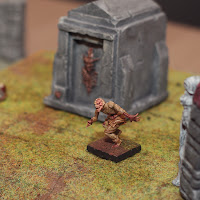 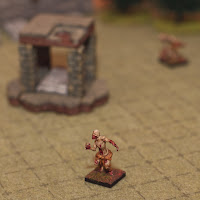 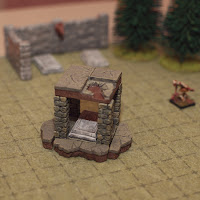 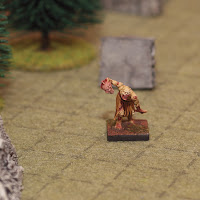 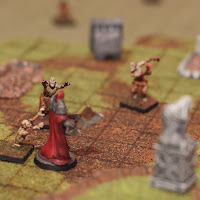 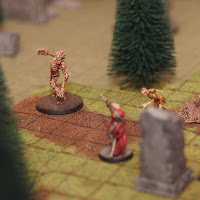 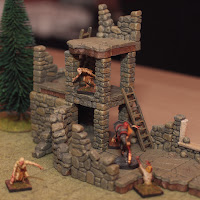 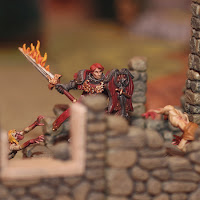 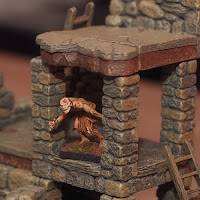 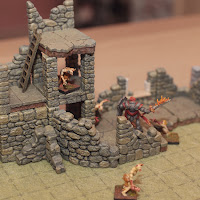 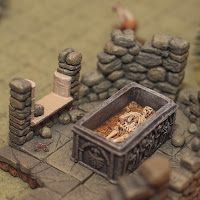 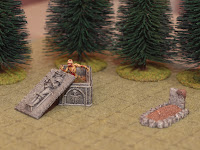 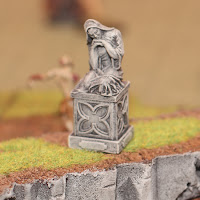