After finding three of the four Seals of Death and passing all the challenges Lord Karsakas presented to them the Templars struck an alliance with the undead Lord. The vampire gave them the fourth seal of death and together they attacked the dark shrine of Kremdraxas to destroy the curse that has struck the land.
While Lord Karsakas unliving army made an frontal assault on the shrine the Templars took an underground route, eluding the demonic army that guarded the Shrine. As they emerged from the cavernous dungeon they found the Shrine guarded only by a few but powerful enemies. Protected by the four seals of death the deadly spells that guarded the shrine did them no harm and together with three of the eldest offspring of Lord Karsakas they attacked the guardians of the Shrine. 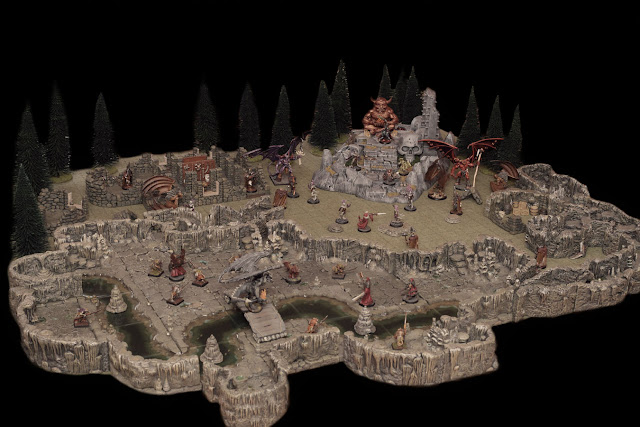 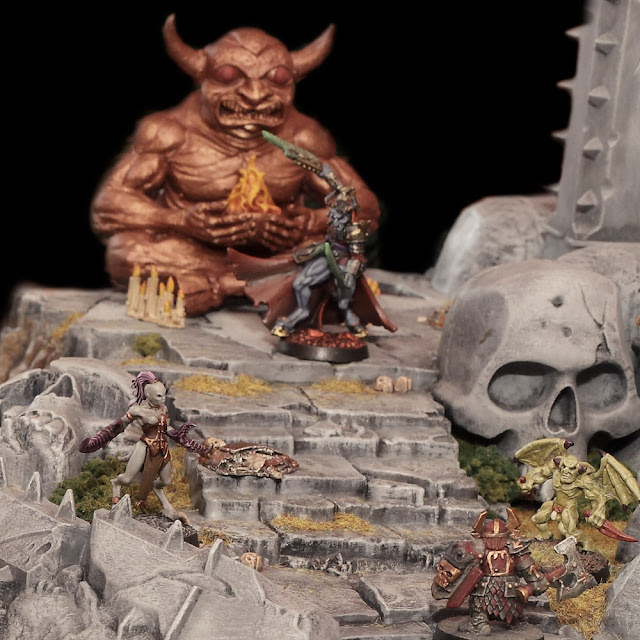 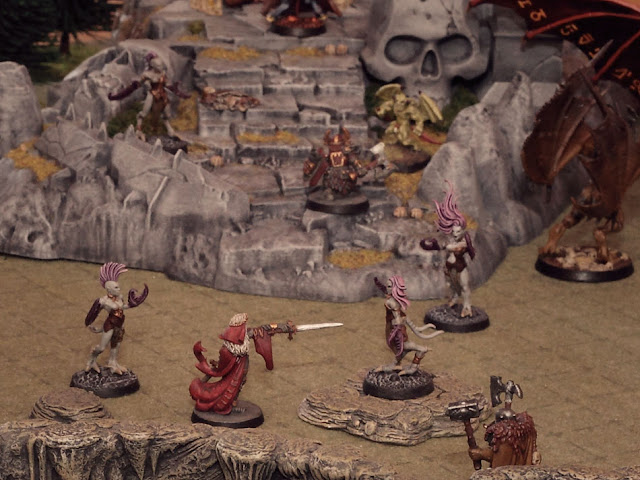 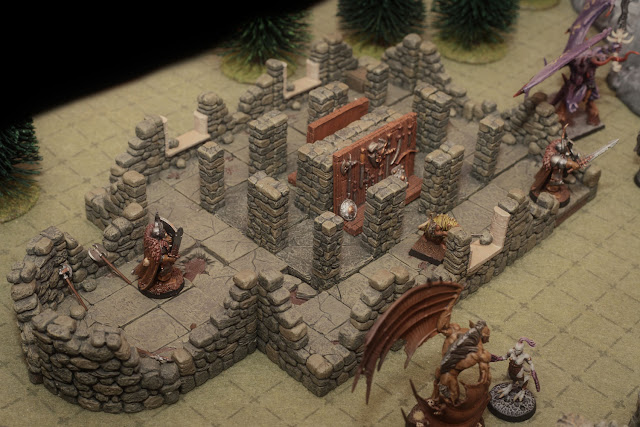 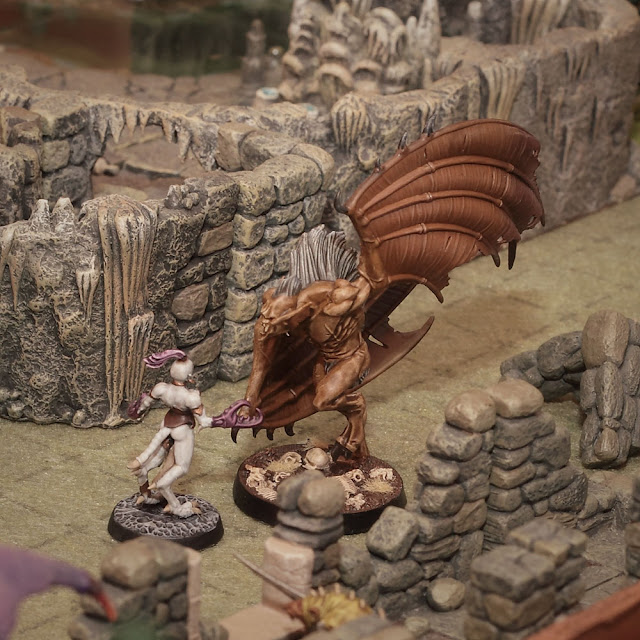 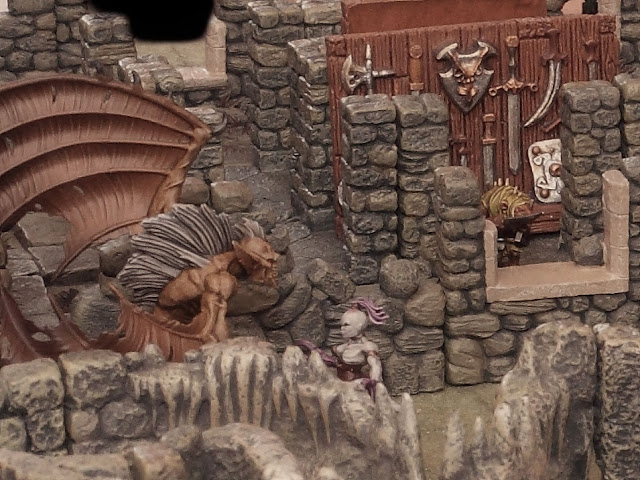 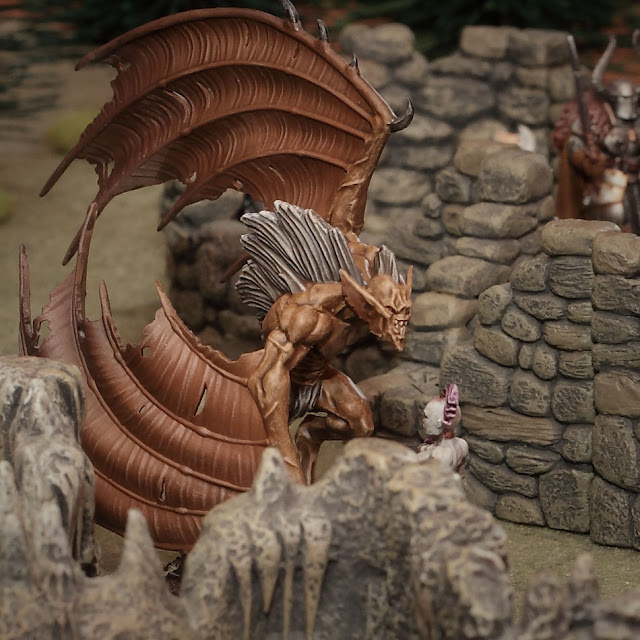 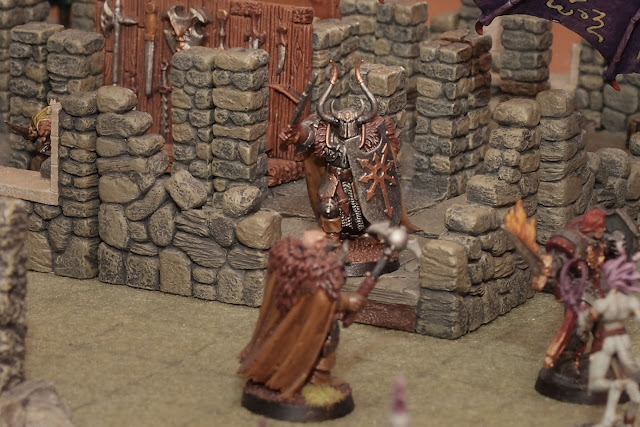 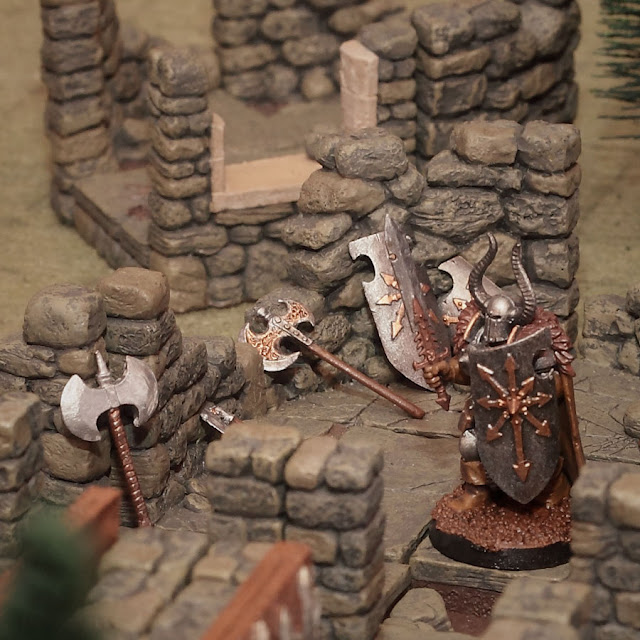 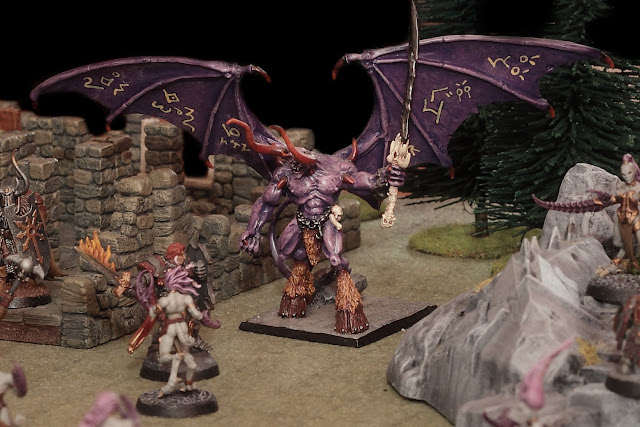 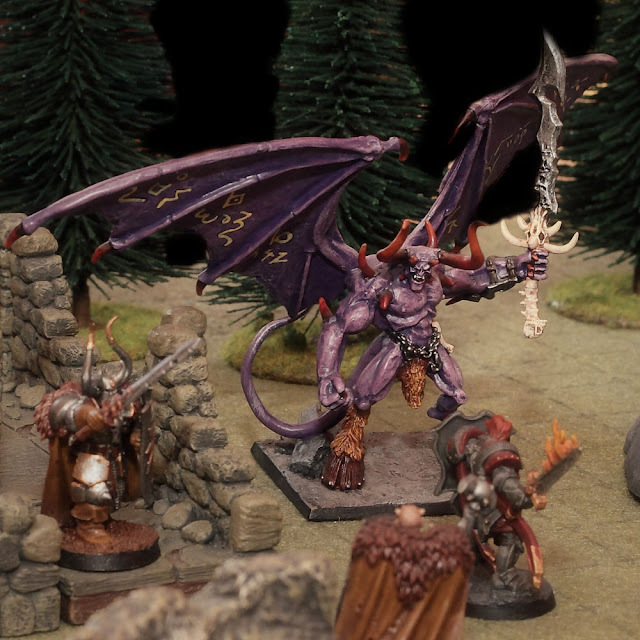 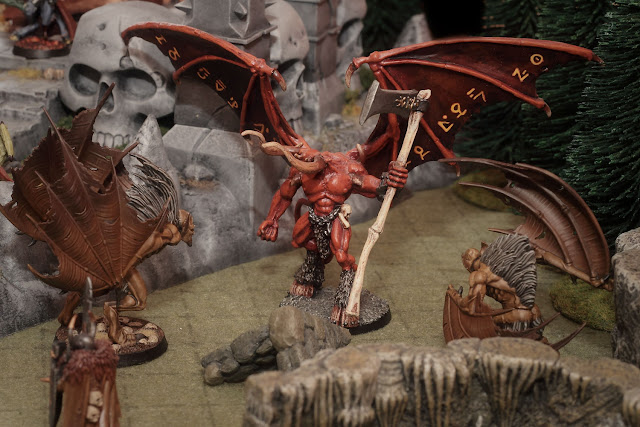 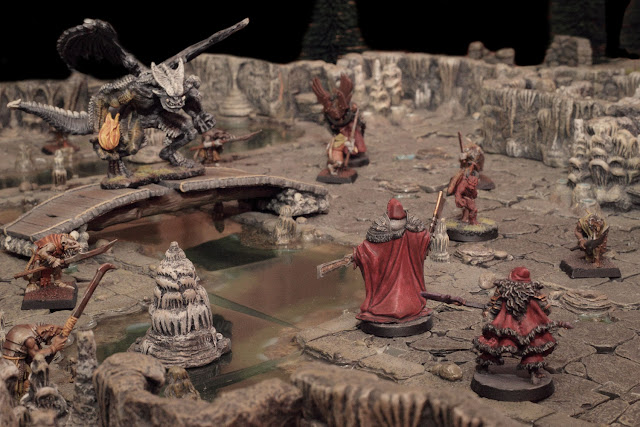 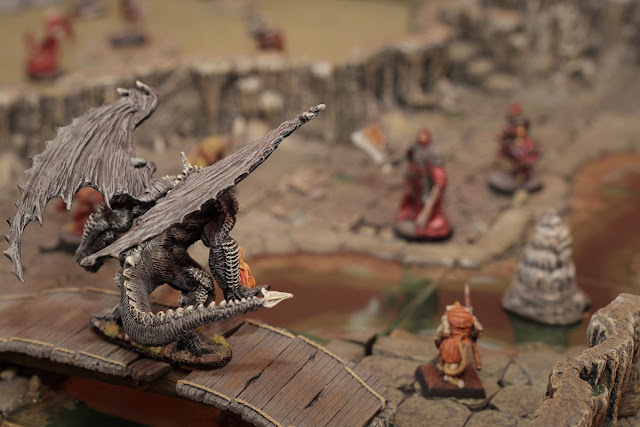 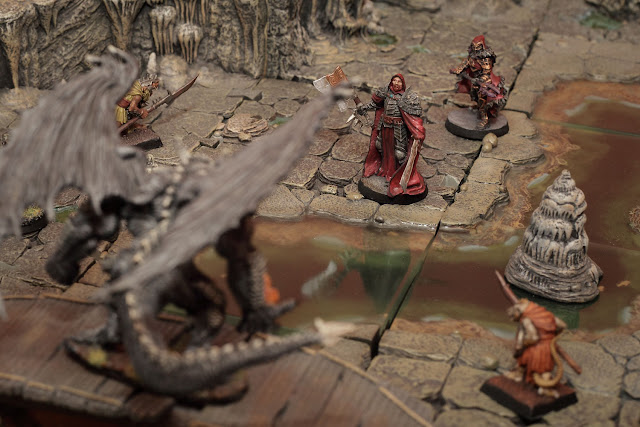 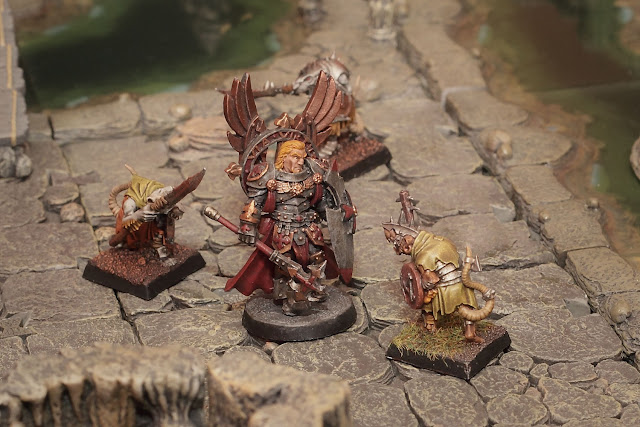 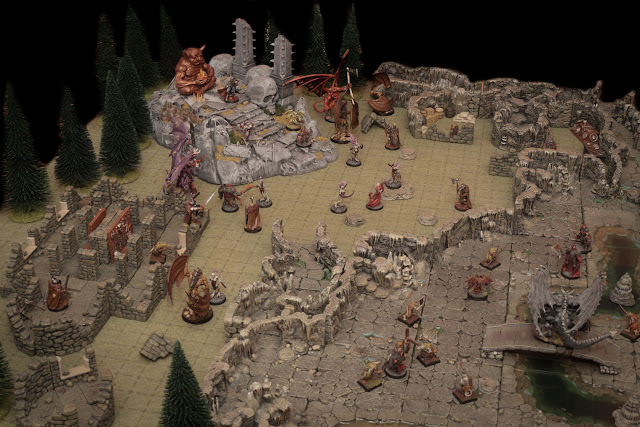 After a brutal battle the Templars destroyed the shrine and lifted the curse. The dead would no longer rise from their grave. Shaken from Lord Karsakas assault and shocked about the destruction of the shrine the remaining demonic forces fled.
The Templars returned to the main army of the empire right at the peak of battle and stood at the Emperors side when the soldiers of humanity defeated the undead forces. The empire had won a mighty battle. But the war was far from over.
Posted by CK aka Kronos at Wednesday, August 08, 2012