After the last battle the Templars retreated back to Krähenhort to regroup with the armies of General Hildegard von Königsmark. The General had arrived just this day to join forces with the Templars. Over the next few days they coordinated a series of attacks on several of the cavernous entrances in the Thalvan mountains. Although the soldiers of the empire fought bravely they were unable to secure even one of the gateways towards the Temple of Fate.
Meanwhile Krähenhort was under constant attack from various small assault groups which seemed to endlessly spring forth from the depth of the mountains. The defenses of the city proved to be stronger than the might of the enemy but only because the troops of the three Generals commanding the armies in the mountains were at war with each other while their leaders fought over the prestige to be the one to summon the Great Destroyer, just as the Annpointed One said. The Templars knew that, should the three Generals set aside their differences for an combined attack, Krähenhort would fall.
The situation became even more desperate after a series of airborne attacks from a green Dragon which seemed to serve one of the Beastmasters in the mountain. In an attemped to control the situation General von Königsmark ordered the Templars to climp to the highest points of the Thalvan mountains were the lair of the dragon or at least another entry point to the temple from which the Dragon emerged was presumed to be and kill the damn beast.
And so the Templars climbed up the mountain until they reached the edge of a waterfall where they discovered another gateway to the dungeon. The air was foggy and thick as they approached the gates. Lava flowed down the darkened walls of the Temple of Fate, turning parts of the mountain black as night. This gate was guarded not only by the beast they were hunting, the monstrous green dragon, but also by a second dragon and a small force of demons. 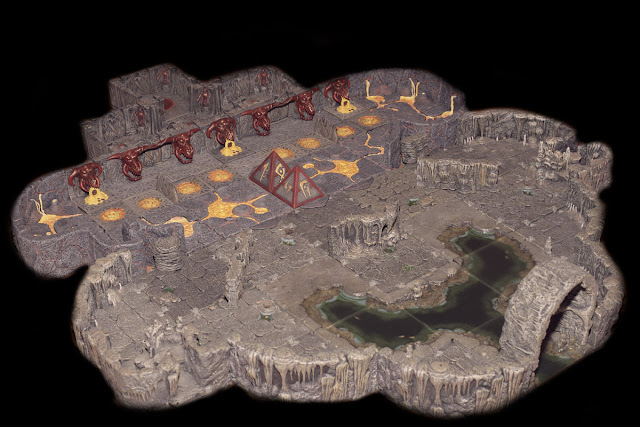 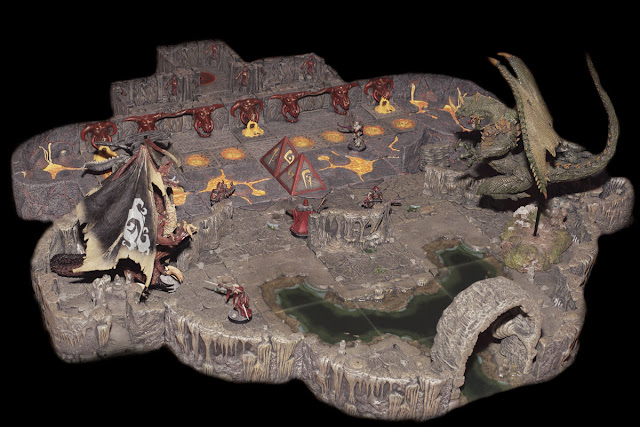 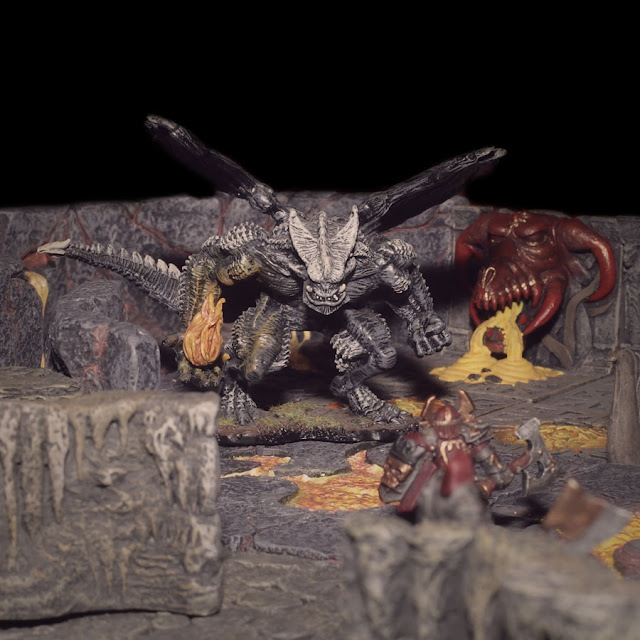 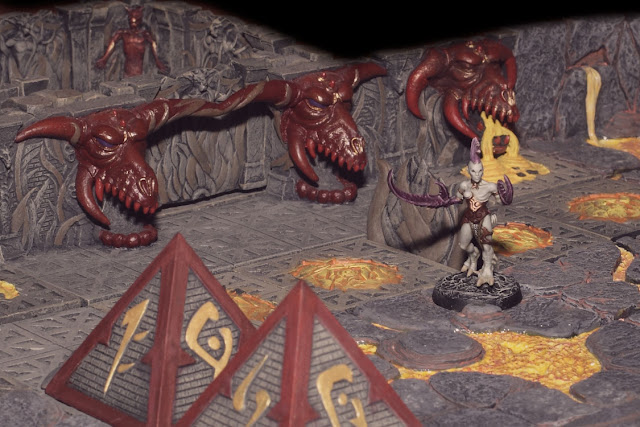 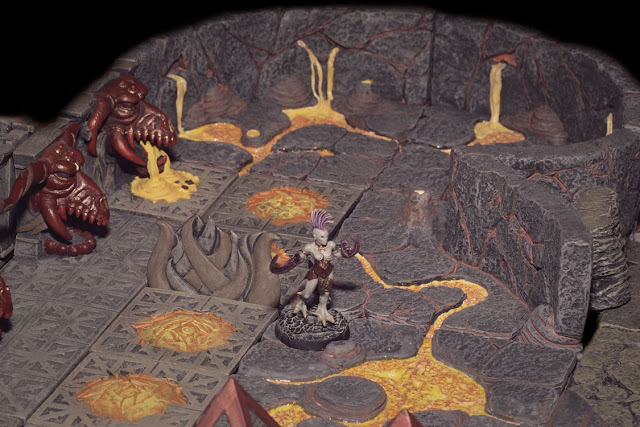 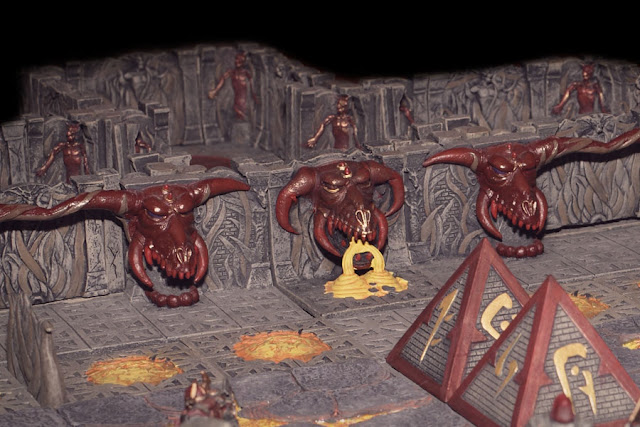 The battle was harsh and brutal. The dragons proved to be fearsome opponents and the demons were as strong in close combat was they were with magical ranged attacks. At the end of the day, the Templars returned to Krähenhort battle-worn and exhausted but also victorious.
Posted by CK aka Kronos at Monday, January 28, 2013