Battle Report: The Temple of Fate - The Attack on Krähenhort

Back in Krähenhort the Templars rested in the Crows Feathers Inn when the small town came under attack by an horde under the command of the female ogre shaman Gal'Brach: 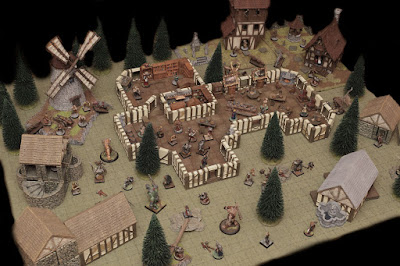 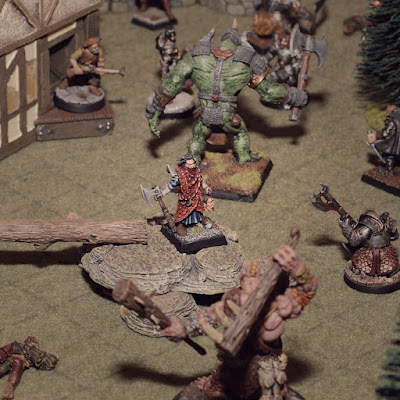 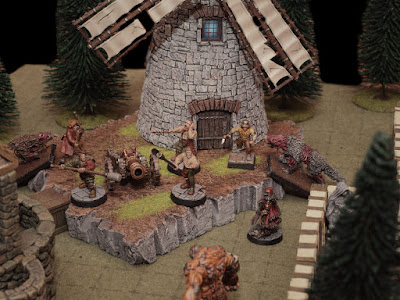 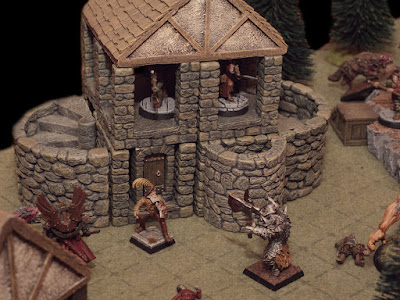 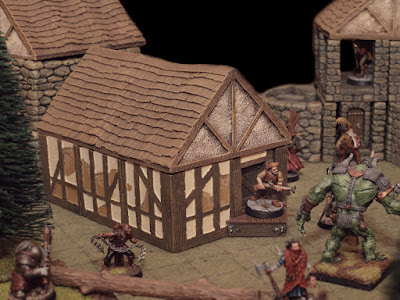 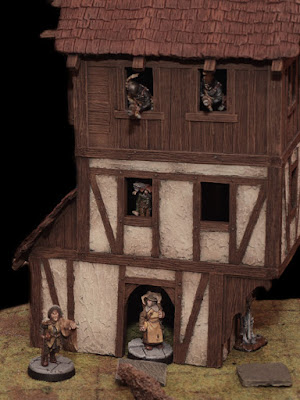 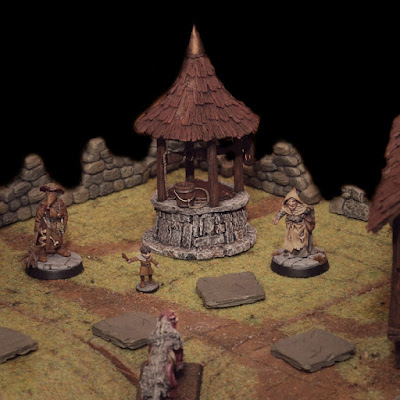 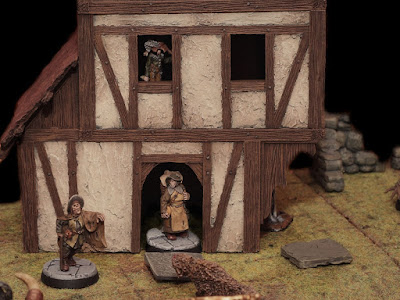 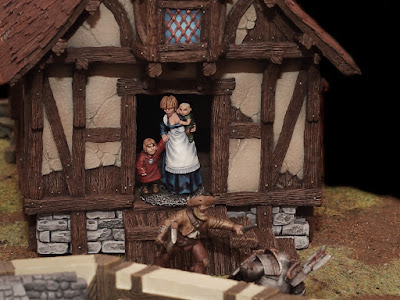 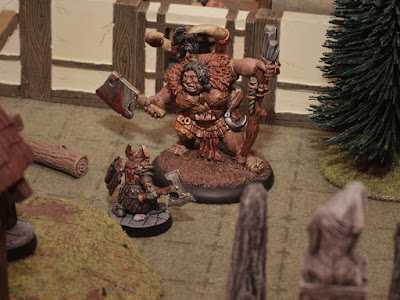 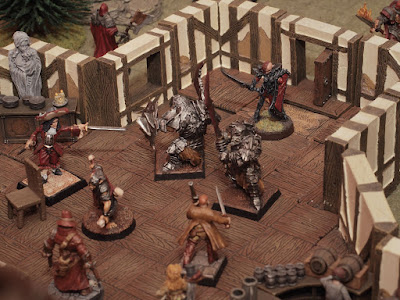 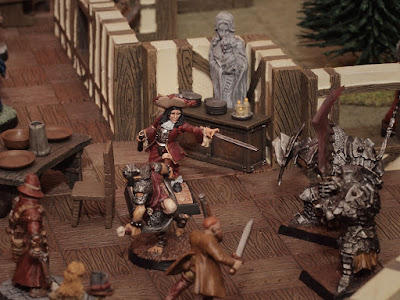 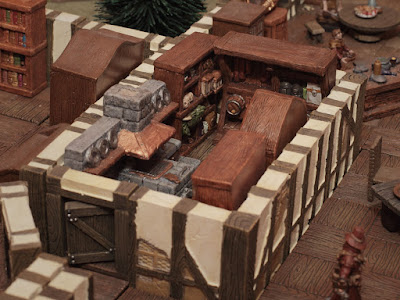 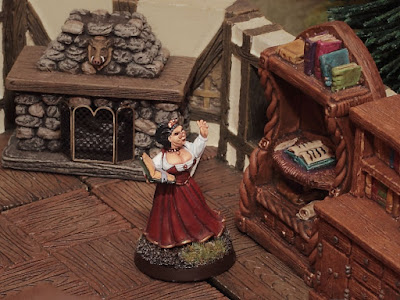 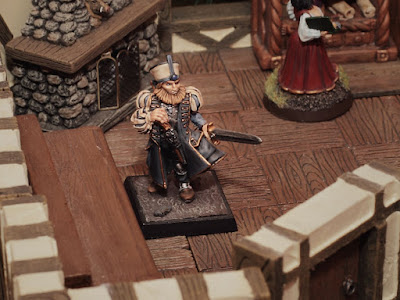 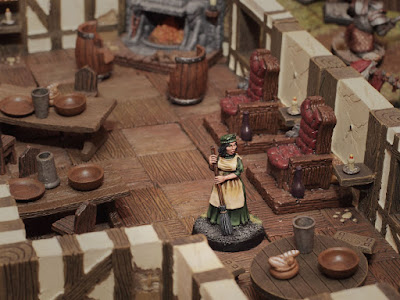 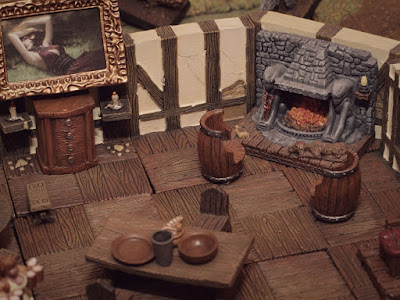 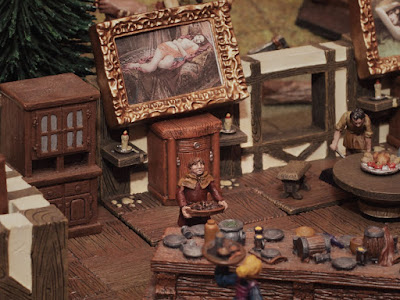 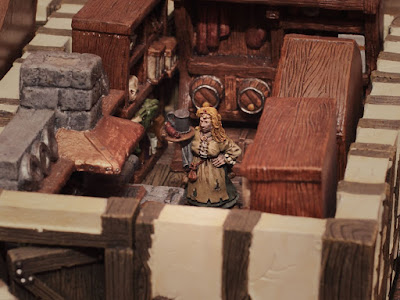 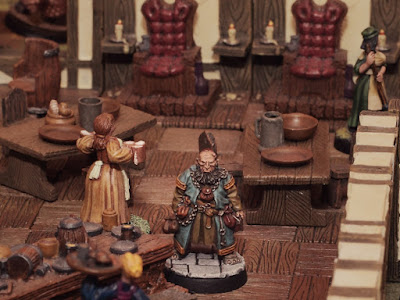 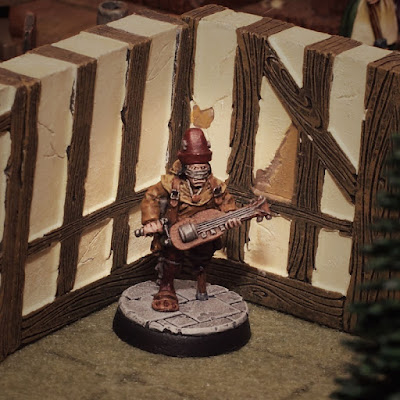 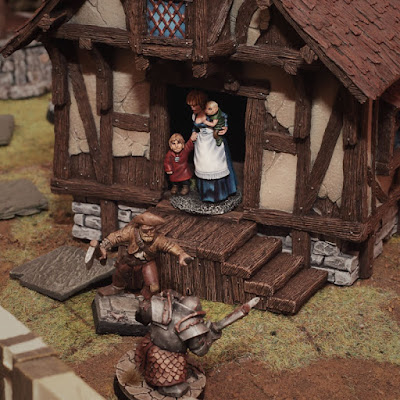 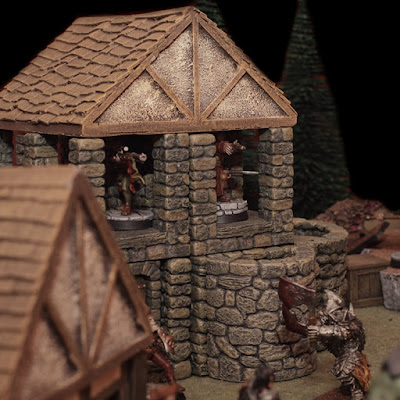 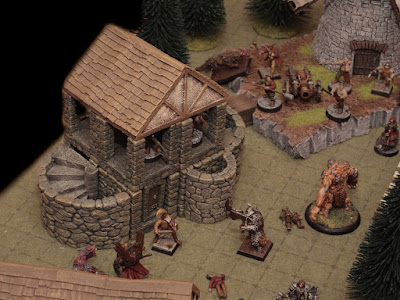 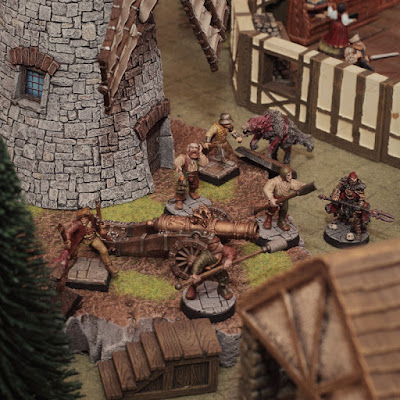 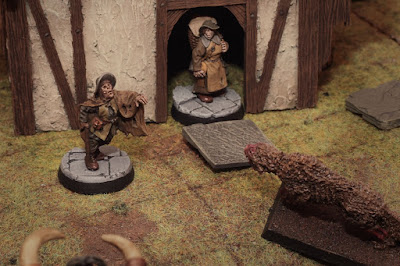 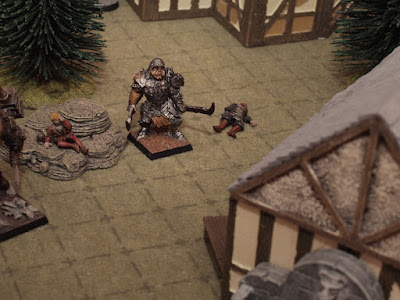 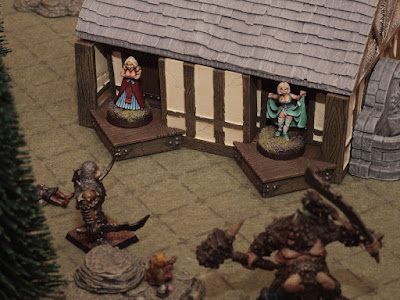 The Templars defeated the attackers and took some of them as prisoners. Through interrogation they learned that Banelord Sorek was killed in battle by Banelord Nergal and most of Soreks surviving troops were fleeing the region. One group under command of Gal'Bach, a Lieutenant in Soreks army, decided to go though Krähenhort to restock their supplies and pillage the town. This proved to be a fatal mistake and after deciding that the templars learned all that they could from their prisoners they left them to the jurisdiction of the local town leader, who ordered the prisoners hanged which was done immediately.
Posted by CK aka Kronos at Thursday, October 15, 2015