The Templars found the wearer of the second Seal: the restless spirit Varsias. His lair was found in a flooded dungeon where he was protected by various undead beasts: a beholder, an enourmous giant and a mighty Dragon. 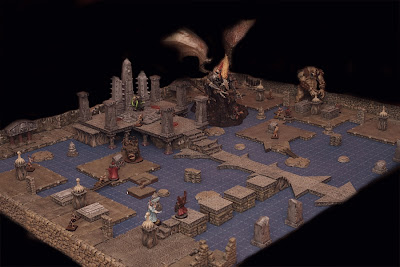 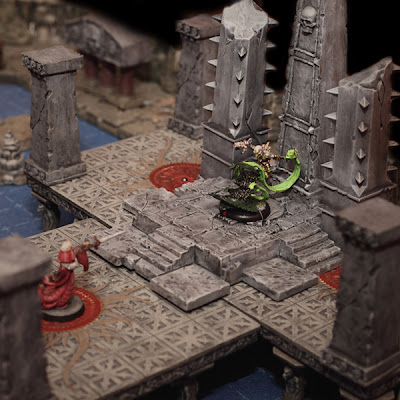 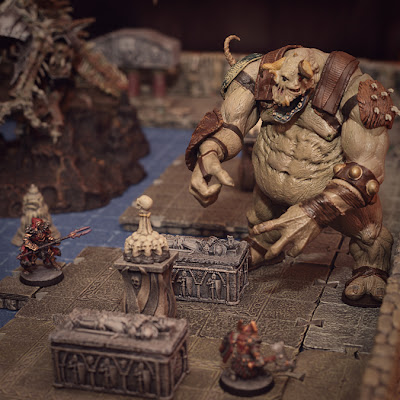 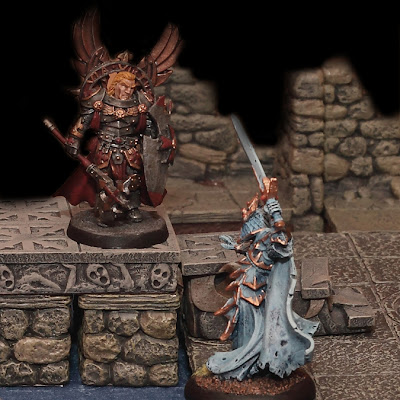 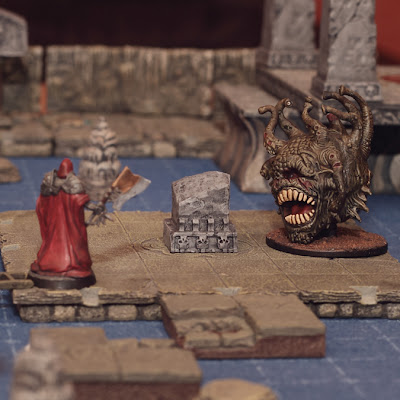 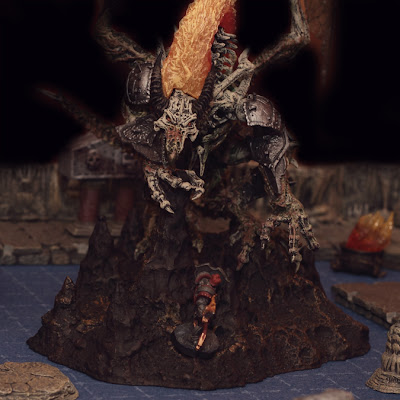 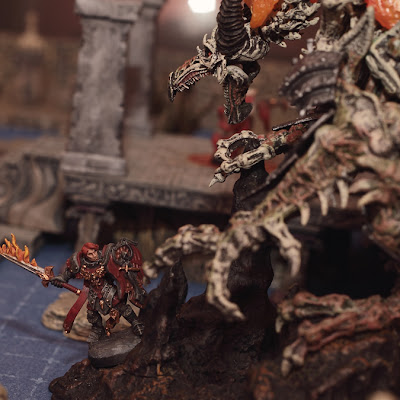 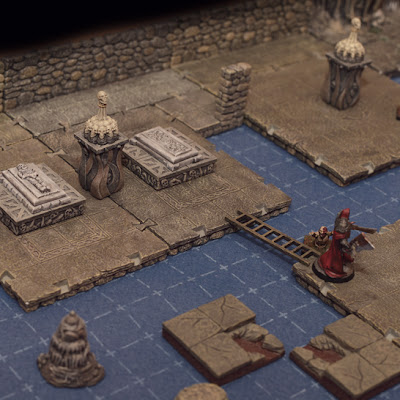 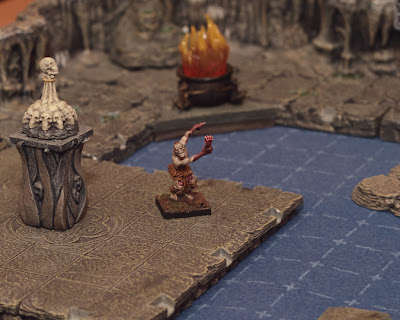 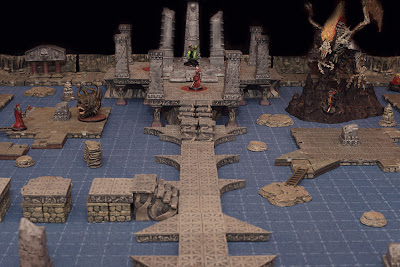 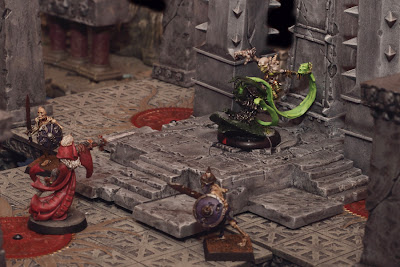 The Templars were victorious but the battle took its tole since the resurrecting powers of the holy prayers of Sigmar were needed more than once which left some of the Templars shaken by the cold grasp of death.
Posted by CK aka Kronos at Sunday, July 03, 2011

Awesome report! Where is that giant from? He's cool, reminds me of the Cyclops from God of War.

Thank you lidlesseye687!
It's a McFarlane figure (this one).
Some of the dragons from McFarlane are also really awesome for D&D gaming. :)