Battle Report: The Temple of Fate - The Dwarven Stronghold

After quickly defeating the guards at the entrance the Templars encountered one of the hardest enemies they had ever met: A force of dwarven combatants who had sided with the darkness and were fighting for the Red Prince. These dwarfs were battle hardened veterans and proved to be skillful enemies. And as if the dwarfs were not already hard enough to defeat they had assistance from two gruesome and gigantic two-headed giants. After the Templars had slain the first of the giants the leader of the dwarfs charged into battle: a monstrous centaur-like beast that could kill with one blow of his axe. Unable to turn the odds in their favor and badly wounded the Templars had to make a tactical retreat but returned not even an hour later in stronger force with their wounds healed by mystical prayers. Their reinforcement, a group of Townsfolk, were veterans from the war with the Scourge. Although these brave men knew this would very likely be their last battle they were willing to risk lives for the Glory of the God-Emperor.
The enemy was completely unaware that the Templars were able to heal themselves (since healing magic is unknown in the world of Terra) and caught by surprised by their quick return. 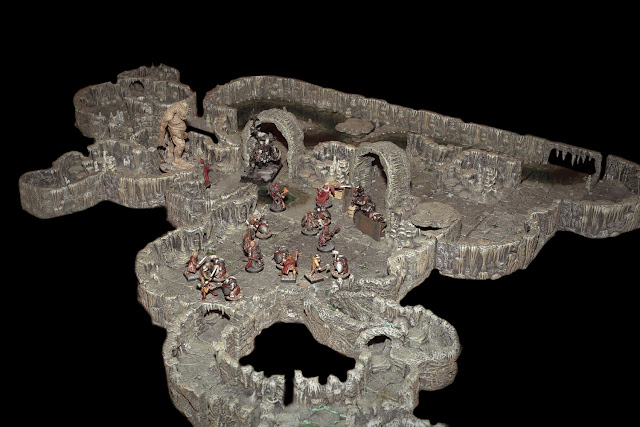 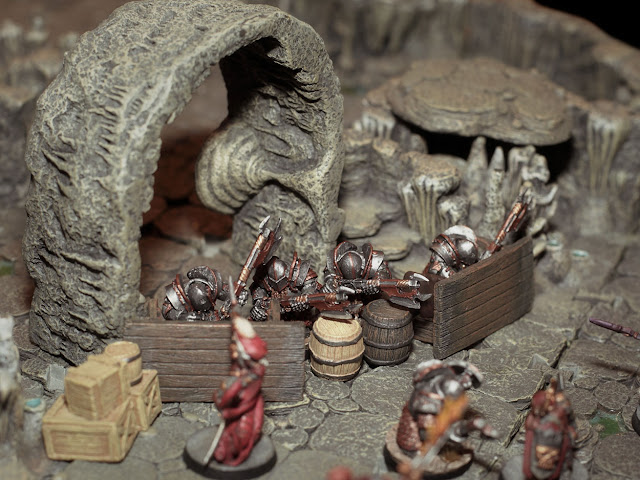 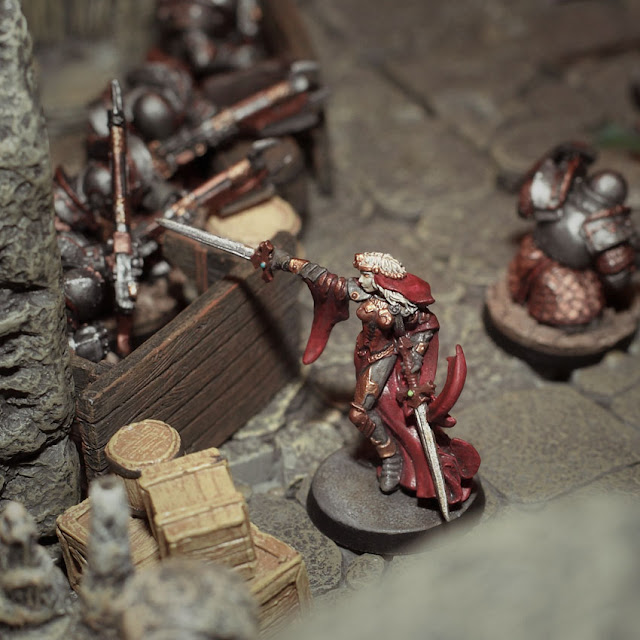 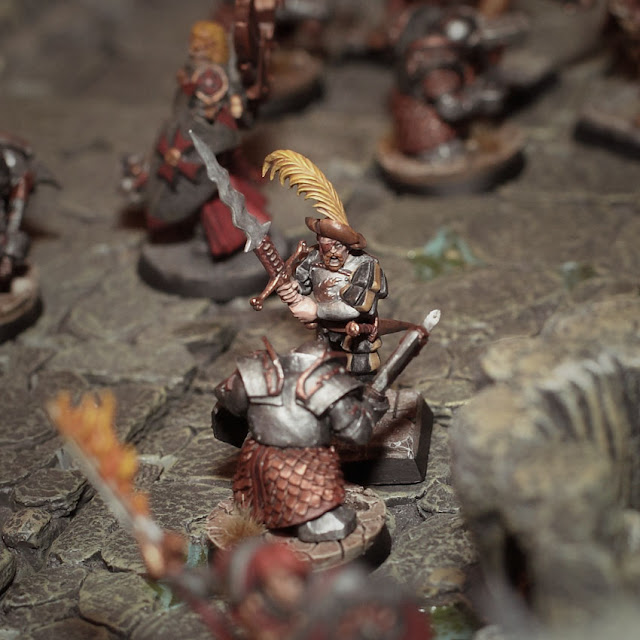 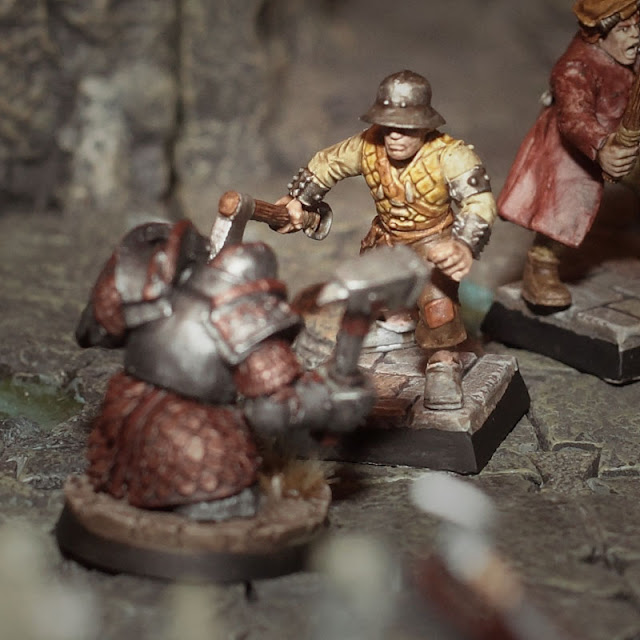 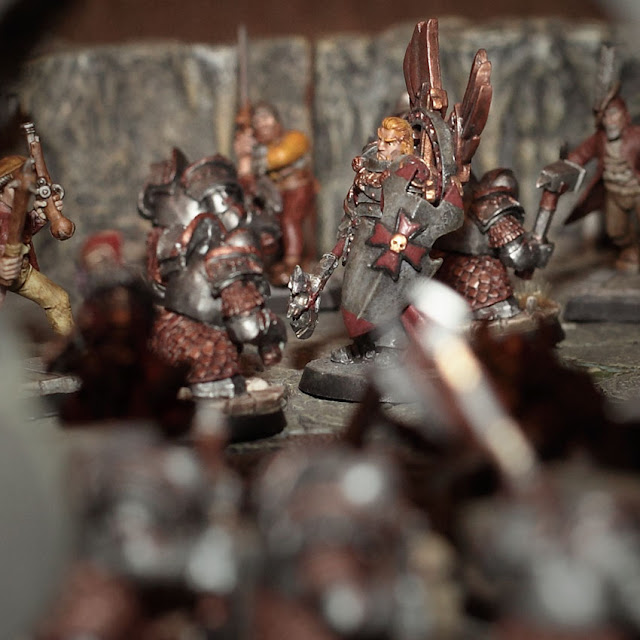 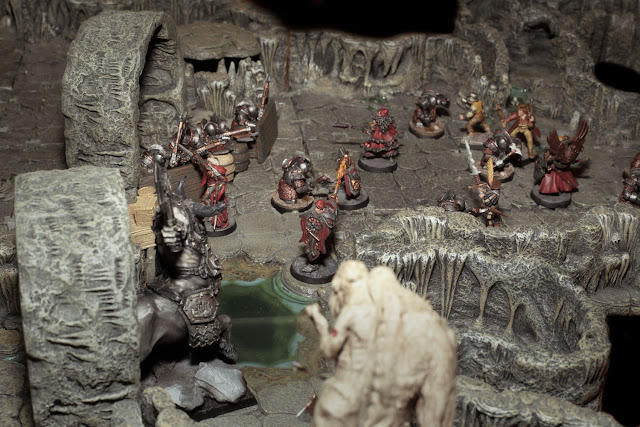 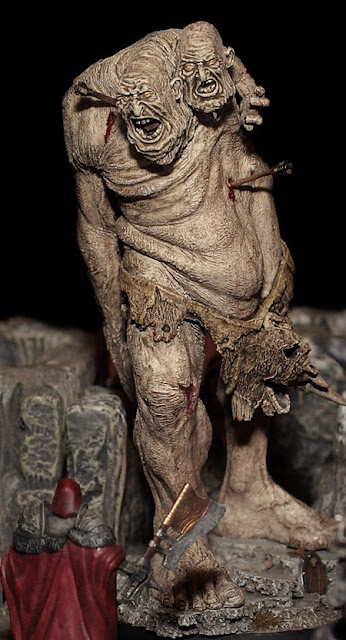 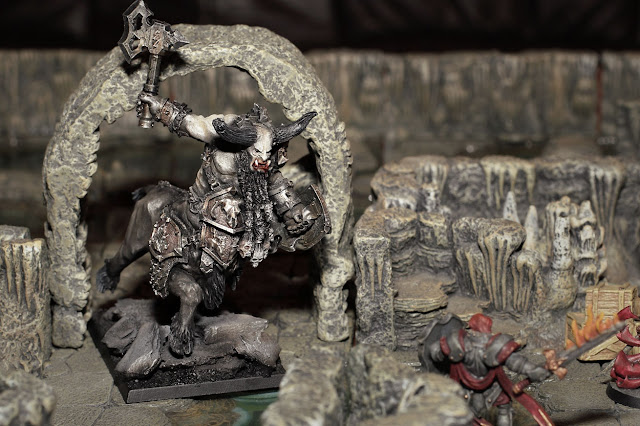 The battle was hard and gruesome but in the end the Templars were victorious. Only two brave veterans of Kraehenhort survived the battle. The Templars, only able to heal themselves or other members of the church, prayed for the fallen and brought the survivors back to Kraehenhort so that they could get medical attention.
The march back to the Fortress was filled with dark thoughts. They had lost the advantage of surprise and the enemy knew that they were coming.
Posted by CK aka Kronos at Saturday, November 10, 2012