Battle Report: The Temple of Fate - The Final Death of the Undead Lord

The day had come to face the Banelord Valak Thul in direct battle. After the Templars fought their way through his undead forces they finally met him on the small river island where the necromancer changed into the form of a giant undead Terrorgheist: 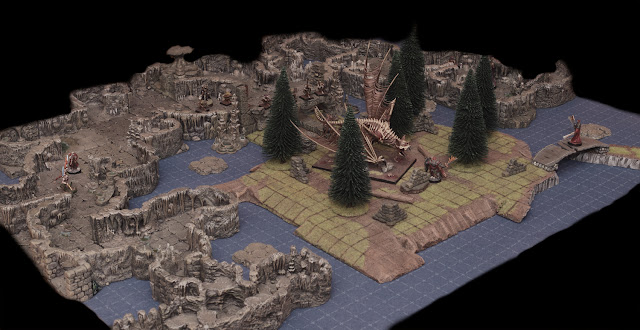 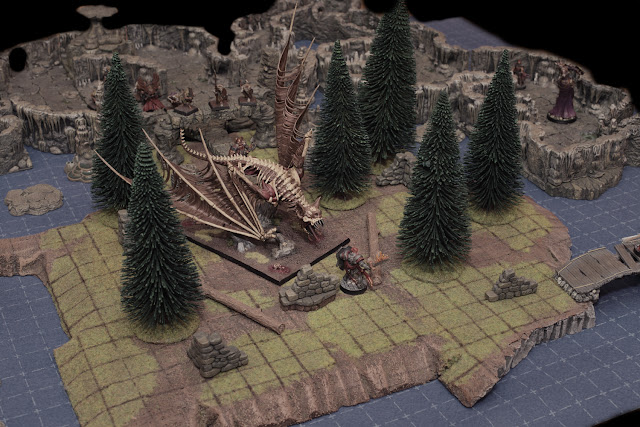 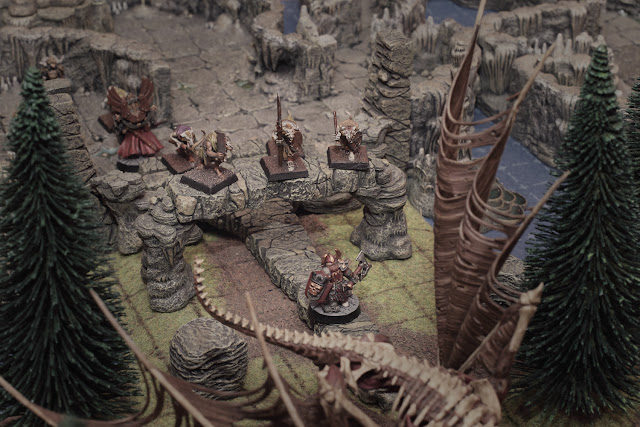 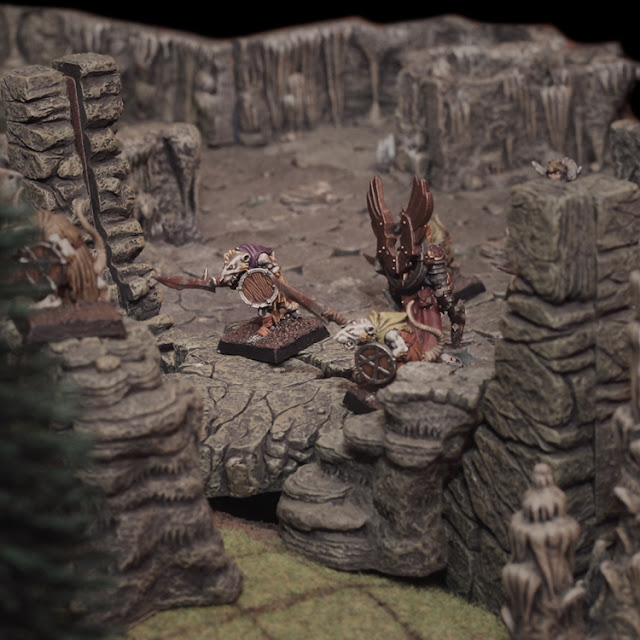 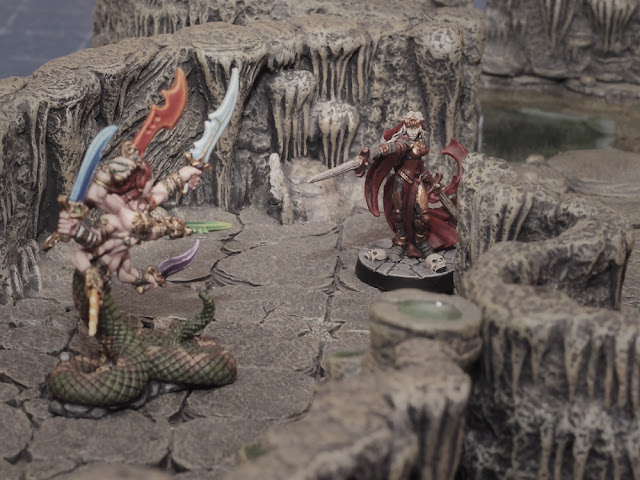 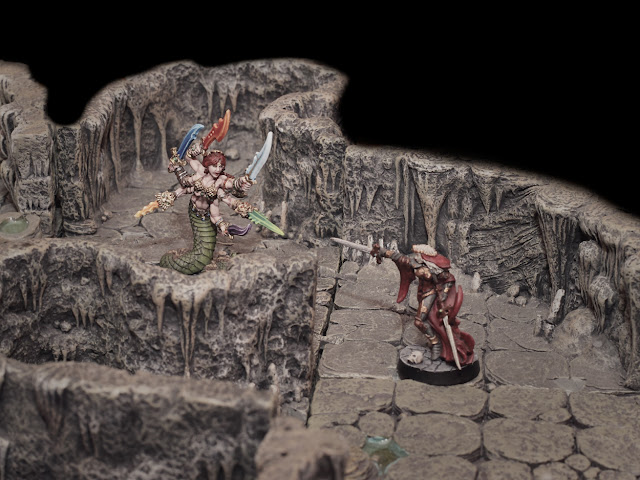 In the end it made no difference though. The templars emerged once again victorios and made their way back towards the Black Church for the final confrontation with the Banelord Nergal, the Corrupter, the Lord of Disease and Pestilence, General of the Army of Decay.
They didn't know it yet, but there they would finally get to know what happened to the missing High Inquisitor Reigen and try to stop the summoning of the Son of Ba'al, Krull the Destroyer of Worlds.
Their spirits were lifted when they marched towards the Black Church. Little did they know that everything they did so far was part of the plan the Anointed One spoke of and that their arrival at the Black church would untimely lead to the summoning of Krull and the greatest battle of their lives...
Posted by CK aka Kronos at Tuesday, October 20, 2015