Miniature Spotlight: Thorns of the Briarqueen from the Warhammer Underworlds Nightvault Set

I painted the really awesome Thorns of the Briarqueen, a Nighthaunt warband from the Warhammer Underworlds: Nightvault Set: 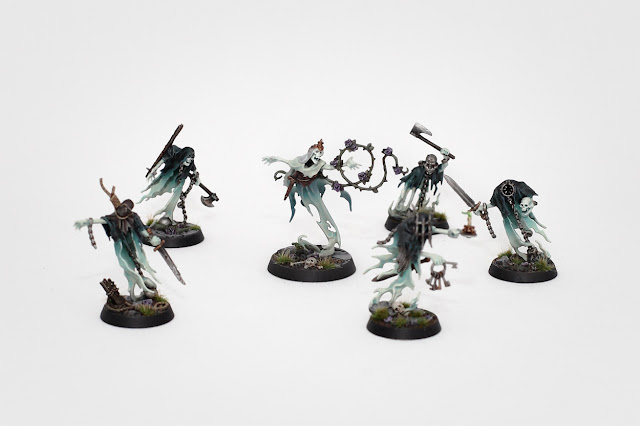 The Thorns of the Briarqueen consist of 7 miniatures: The Briar Queen in the center, the Ever-Hanged (front row left), Varclav the Cruel (front row reight) and 4 Chainrasps. One of the 4 was very elusive, because I accidentally put him in the post about the Chainrasps Horde from the Soul Wars Set: 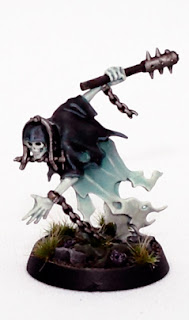 But he is actually part of the Thorns of the Briarqueen. :)
Posted by CK aka Kronos at Tuesday, May 14, 2019