Battle Report: A murder without a body and a letter from the Holy Inquisition

Three years have passed since the empire defeated the undead forces of the Shadowlord Fa'Zhul. With the destruction of the Dark Shrine of Kremdraxas the dead could rest in peace again. The living however were not so lucky. Peace was still just an illusion with the hordes of Chaos lurking at the border of the empire and its agents creating unrest and havoc. Rumors of an immediate invasion from the chaos armies are whispered in every city. The citizens fear that this time the Dark Prophet Desmodar will send the might of all his armies against them:

The Army of the baneful Flesh, led by the High General Krom.
The Burning Legion, led by the Demon Prince Belakor.
And the Scourge, led by the Shadowlord Fa'zhul.

Three years ago the Battle against one of Lord Fa'zhul mightiest Generals brought the Empire at the brink of destruction and even in victory there was little hope left. Tens of thousands have died and few are left to defend the empire.

It was in this time of unrest when the Templars received a letter from the Holy Inquisition. They were ordered to leave their respective imperial principalities and to travel to the eastern border of the empire. Upon their arrival in the region they had a secret meeting with a member of the Inquisition in a lodging house near the city of Rodenstein. The Inquisitor told them that a common friend, the High Inquisitor Reigen, vanished while traveling in this region. The Inquisition investigated the event and came to the conclusion that the High Inquisitor was killed during a robbery on the road.
Not everyone in the Inquisition was satisfied with this result since countless questions like why the High Inquisitor traveled alone through dangerous parts of the land or why the body was never found were left unanswered. Because of their personal connection with the High Inquisitor (Reigen as well as the Templars were part of the group who guarded Sigmar after the fall of Thormaryll) the group was unofficially asked to make their own investigation. The Templars were eager to do so and certain that Reigen was not killed in a mere robbery (if he was even dead) nor traveling without reason in this region.

The Templars followed the footsteps of Reigen for weeks, travelling to several cities, speaking with Lords and commoners alike, following every lead they would discover. This led them to an seemingly abandoned keep which held a few surprises for them: 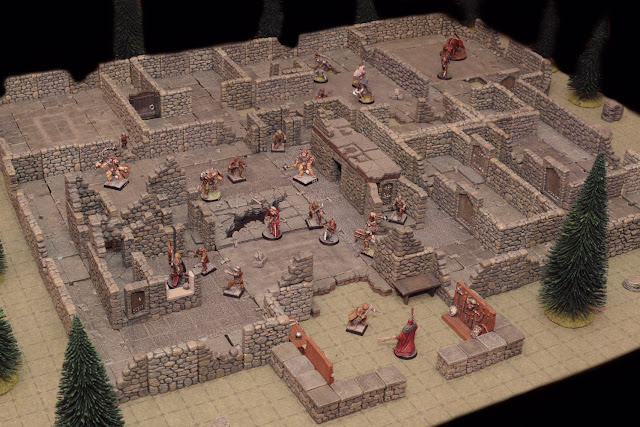 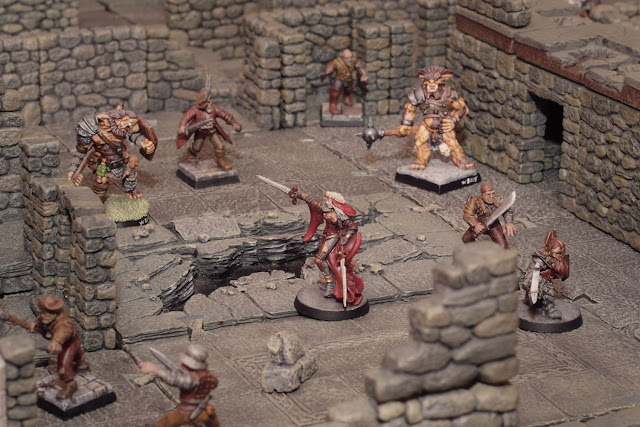 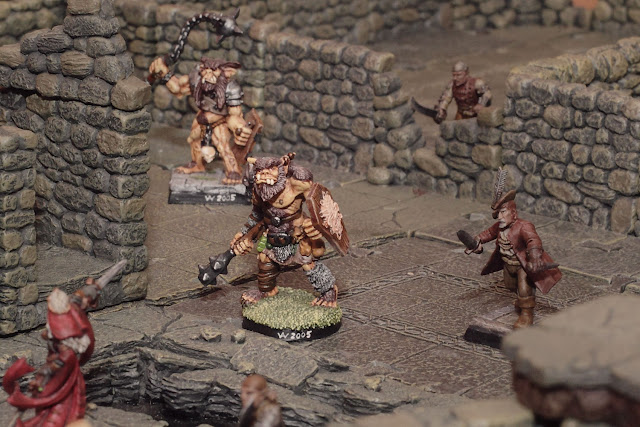 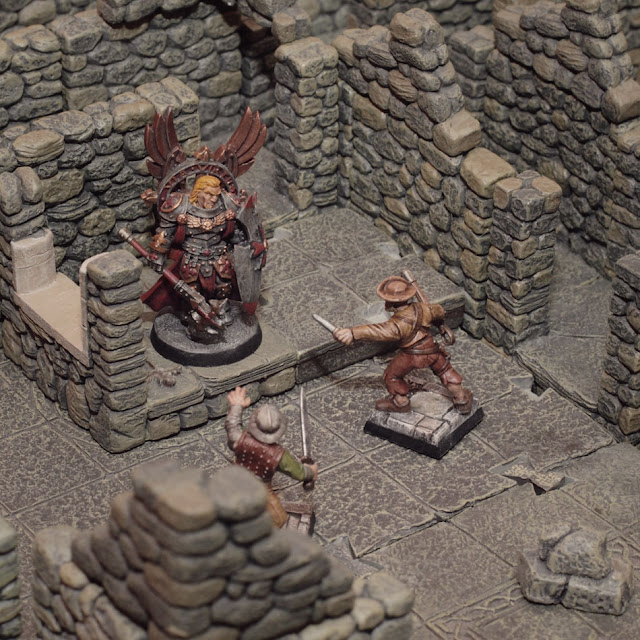 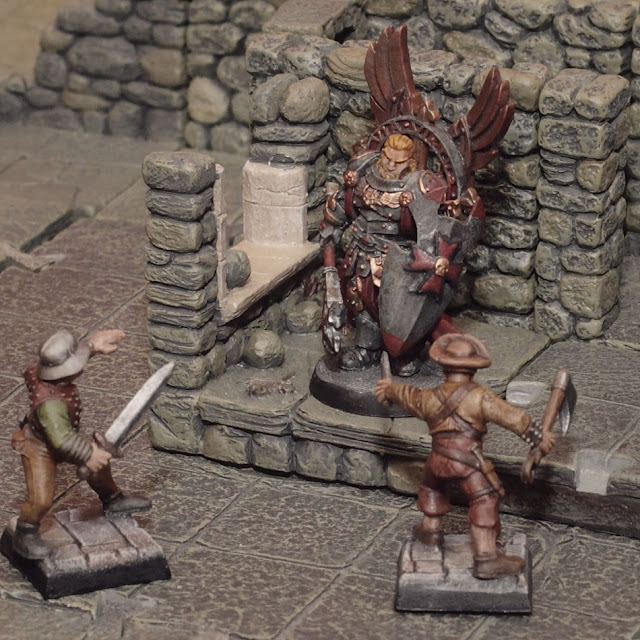 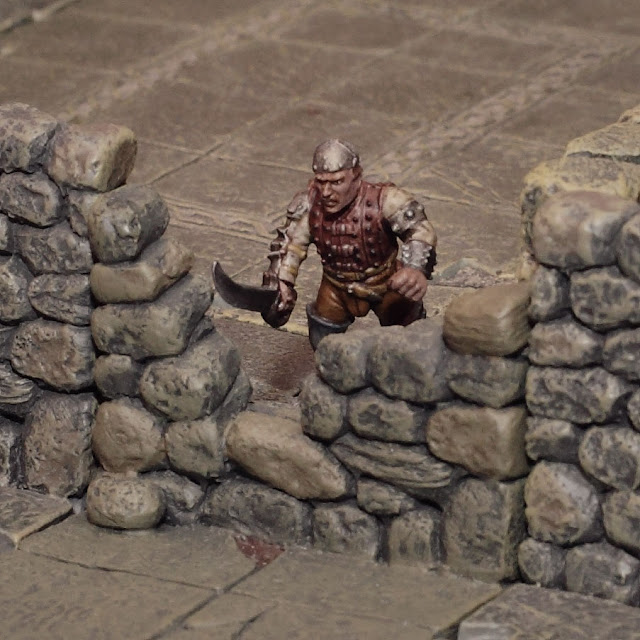 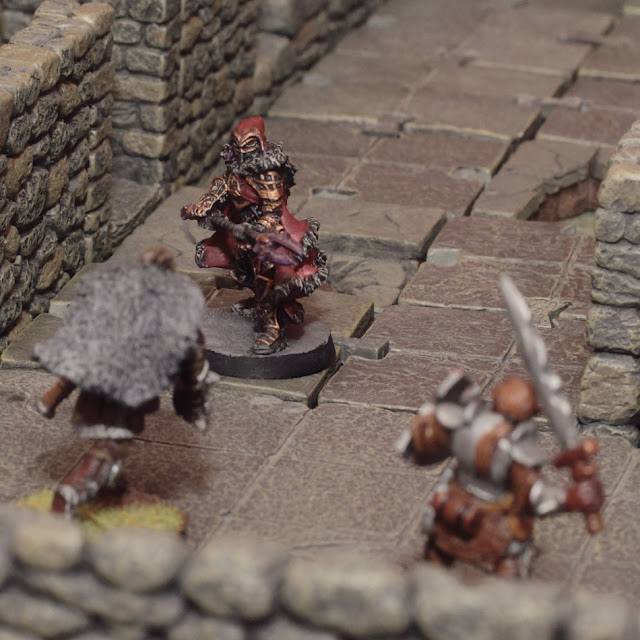 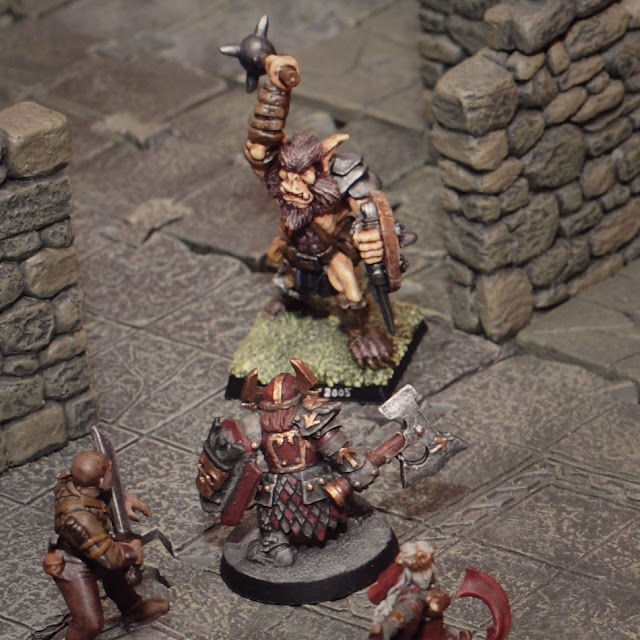 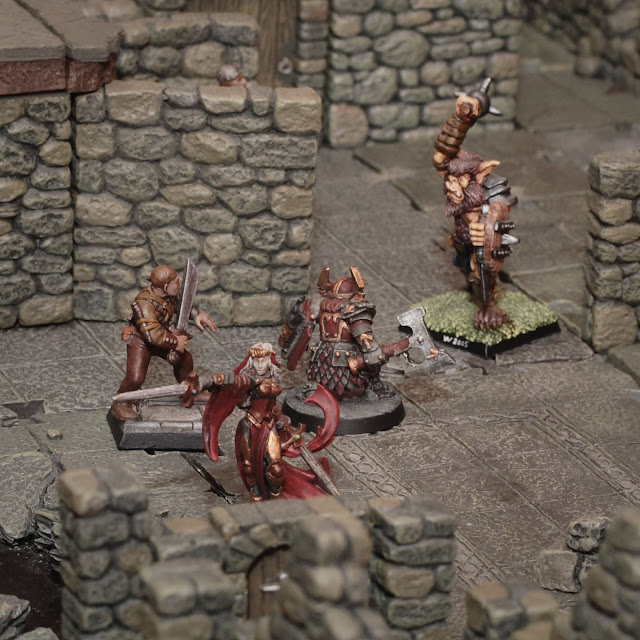 A group of bandits seemed to had made their home in this place. The Templars swiftly pacified the keep and found a bashed in wall, which in turn led to a hole in the ground. The Templars also found letters between the bandit leader and a General of the Army of the baneful Flesh which instructed the bandits to stop their raids, to stop drawing attention to themselves and to continue to guard the keep until further notice.
The templars decided to investigate why these bandits (or whoever was here before or with them at that time) dug this hole and where it may lead to. One by one they descended into the darkness with only the light of Sigmar to shine their way.
Posted by CK aka Kronos at Monday, August 20, 2012